In November 2013, typhoon Haiyan claimed thousands of lives and caused enormous damage in the economically important area near the cities of Tacloban and Palo in the Philippines. This coastal area is hit by approximately ten typhoons each year and that number is expected to increase as a result of climate change. A team of Dutch experts led by Royal HaskoningDHV developed a coastal protection plan in close cooperation with Filipino authorities and stakeholders. The plan offers space for urban development and nature restoration and includes an improved forecast system for storm surges. This makes the new coastal protection plan a multidisciplinary and sustainable solution.

The city of Tacloban is of great importance for trade, industry and education in the Philippines. Until the typhoon Haiyan hit Tacloban in November 2013, it was the fastest growing city in the Philippines. The typhoon claimed thousands of lives and destroyed homes, businesses and infrastructure on a massive scale. The area was hit by wind speeds up to 378 km per hour, which are unprecedented, even for a typhoon.

The cities of Tacloban and neighbouring Palo are both on the route of approximately ten typhoons that hit the country every year. As climate change increases the chance of super storms, there is an urgent need for solutions for these vulnerable cities.

The Dutch Enterprise Agency (RVO) therefore commissioned a team of Dutch experts to develop a sustainable strategy for the coastal protection of this area. The project team operates under the banner of the Dutch Risk Reduction Team (DRR-Team), an initiative of the Ministry of Foreign Affairs, the Ministry of Infrastructure and Environment and the Dutch water sector.

Royal HaskoningDHV led the multidisciplinary team of experts that developed the sustainable coastal protection plan. In order to come up with a good strategy, objectives for the region in the short, medium and long term have been set. Subsequently, hydraulic engineering and other measures for coastal protection and risk reduction were investigated. Attention was given to Nature-Based Solutions: possibilities for soft, sustainable coastal defence measures, such as mangrove restoration, were investigated and incorporated in the strategy. The project has been carried out in close collaboration with the PRA (Philippine Reclamation Authority) and other national and regional authorities and stakeholders.

In addition to experts of Royal HaskoningDHV, the project team consisted of experts of Deltares, Arcadis, Wetlands International, Red Cross, Rebel and Van Oord. The parties involved do not only have experience in the field of water safety, but they are also present locally or were previously active in the Philippines. This combination of international expertise in various disciplines and extensive knowledge of the area was essential for the project.

The result is much more than just a technical solution for coastal protection: it is a long-term solution for the entire area. The plan offers space for urban development and the restoration of the valuable mangrove coast and includes an improved forecast system for storm surges. This makes it a multidisciplinary and sustainable solution. 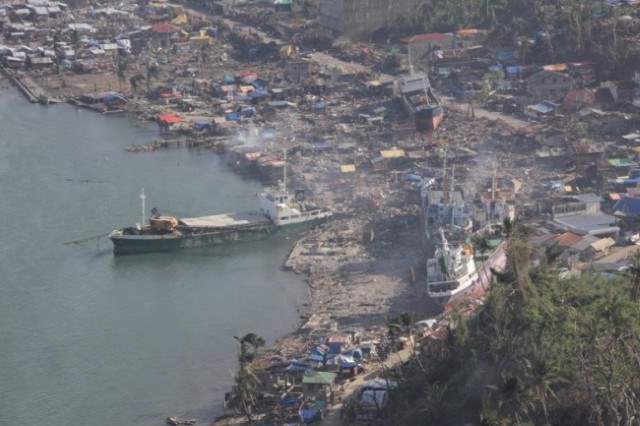